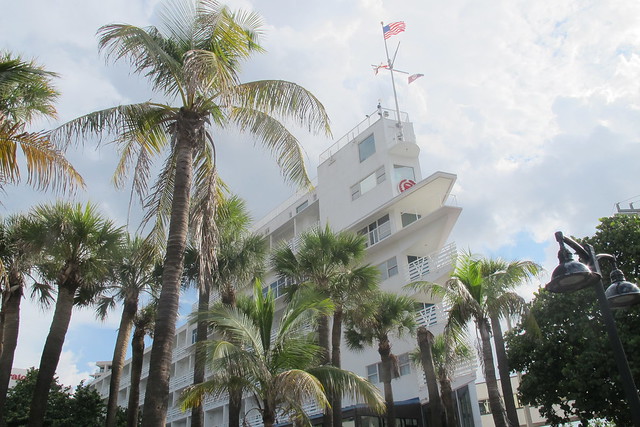 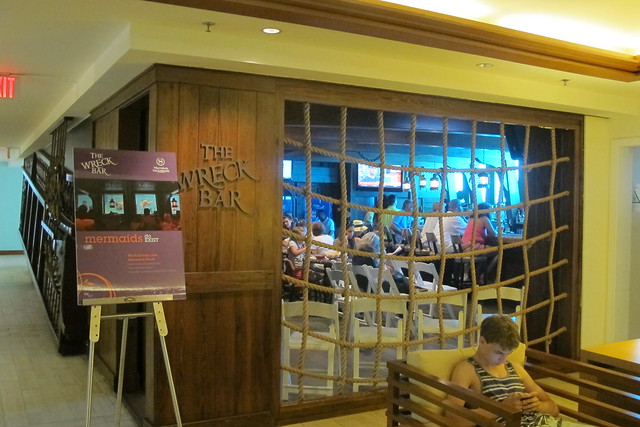 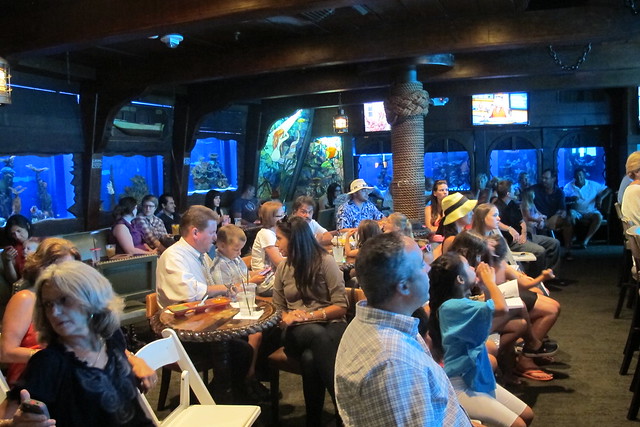 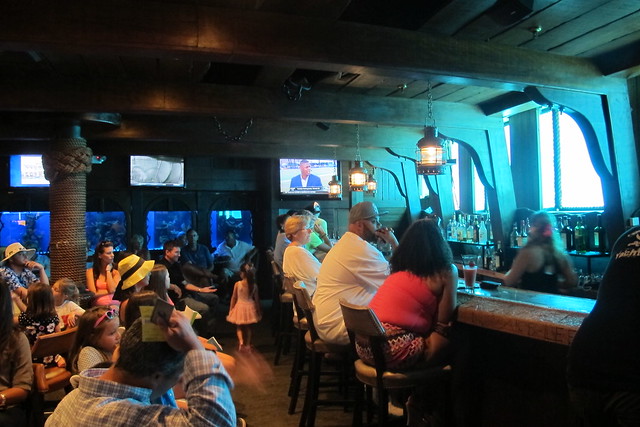 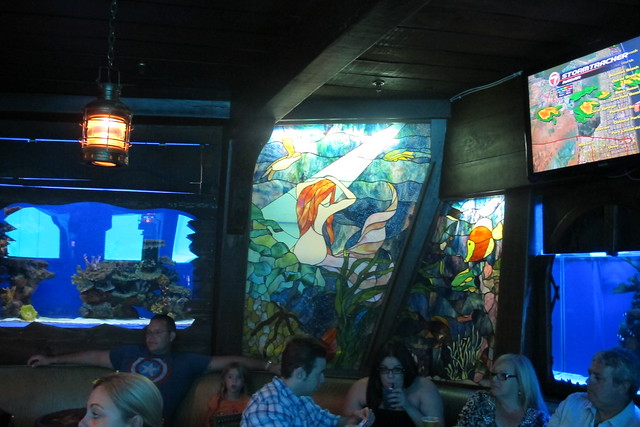 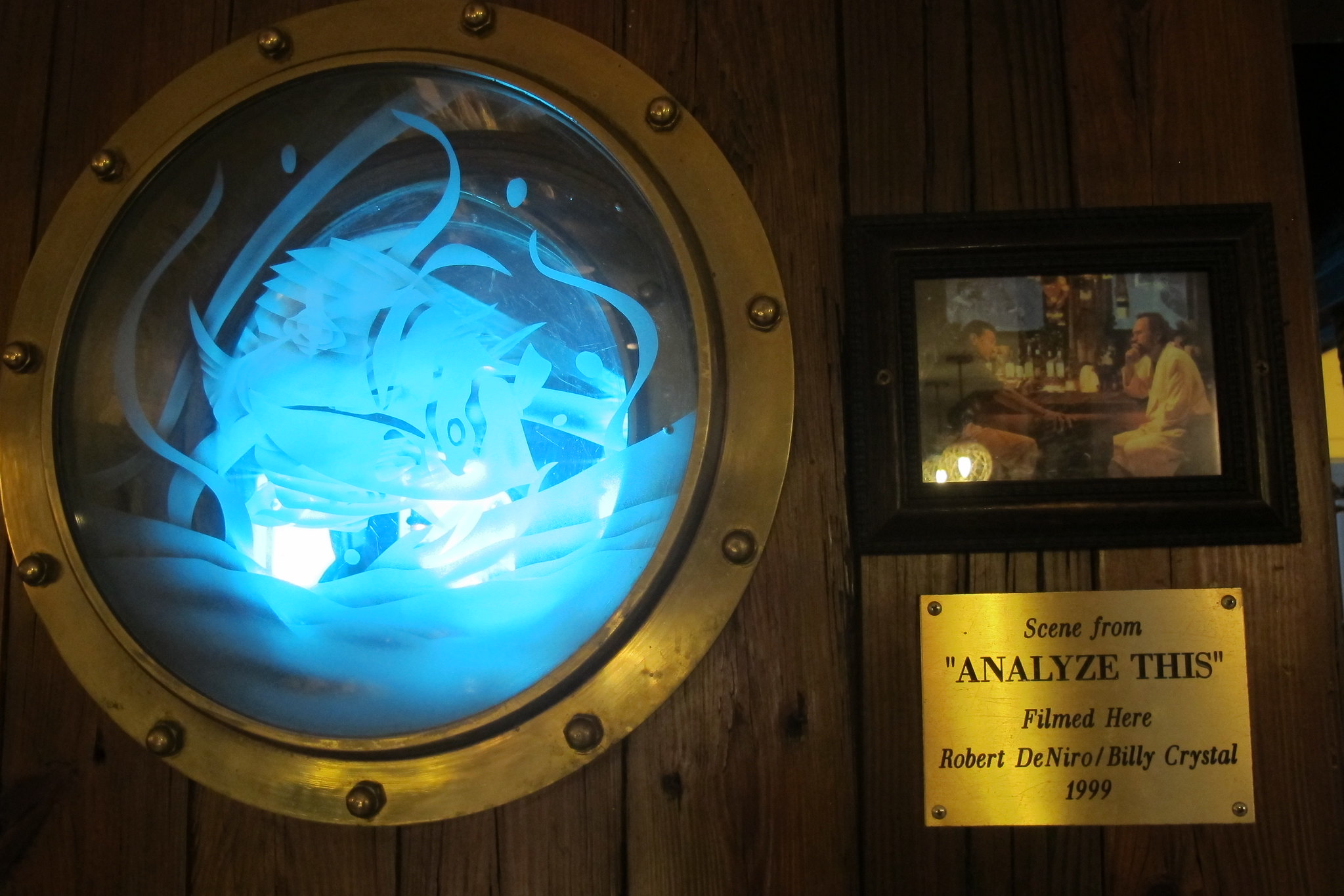 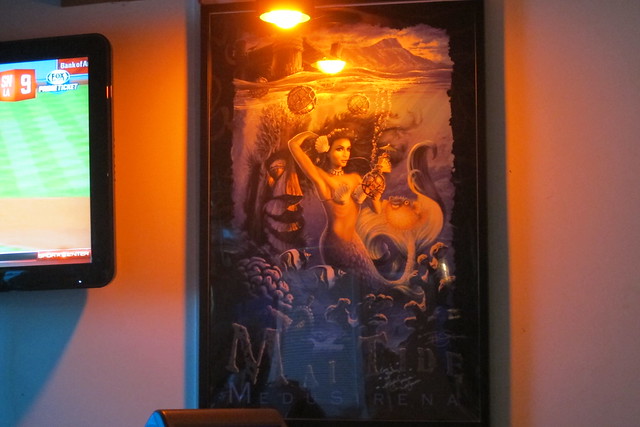 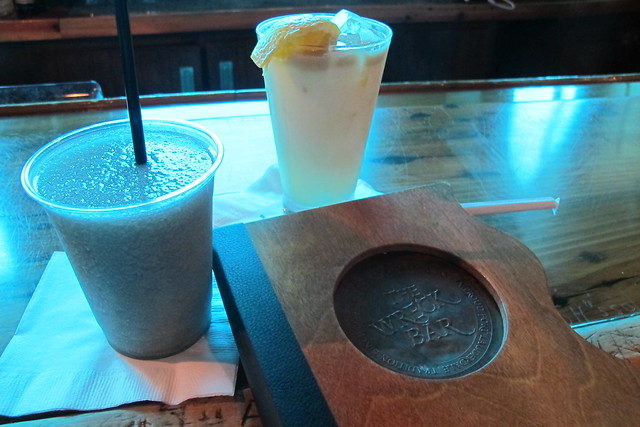 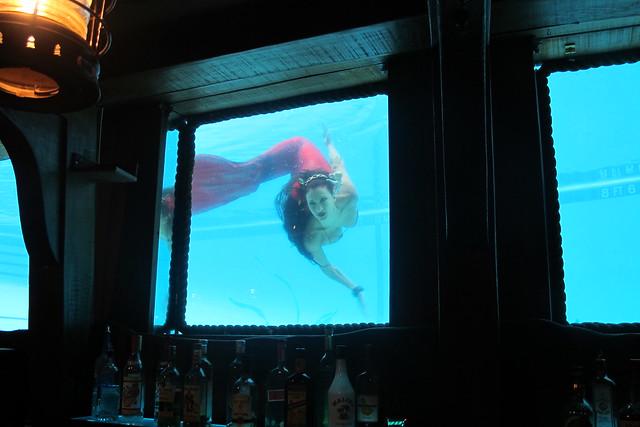 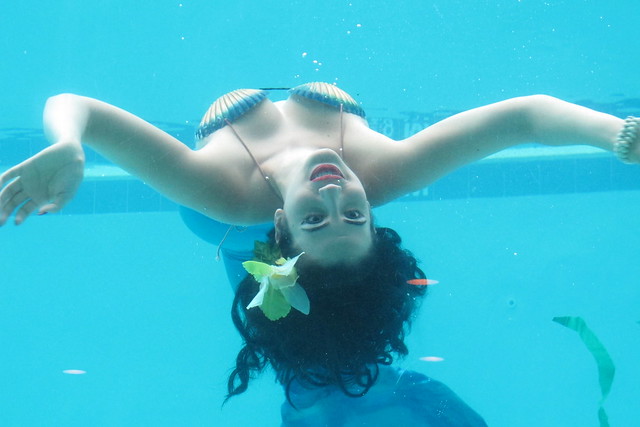 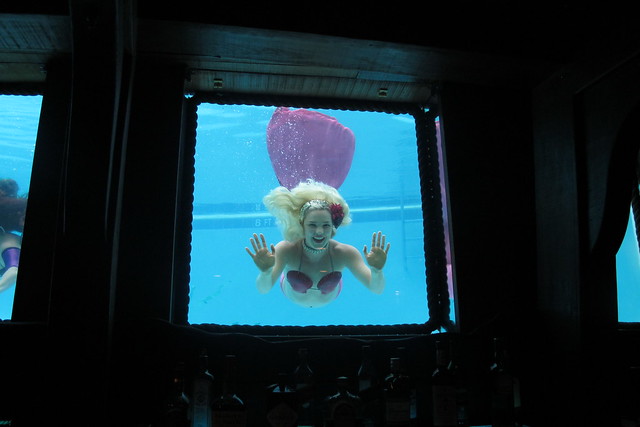 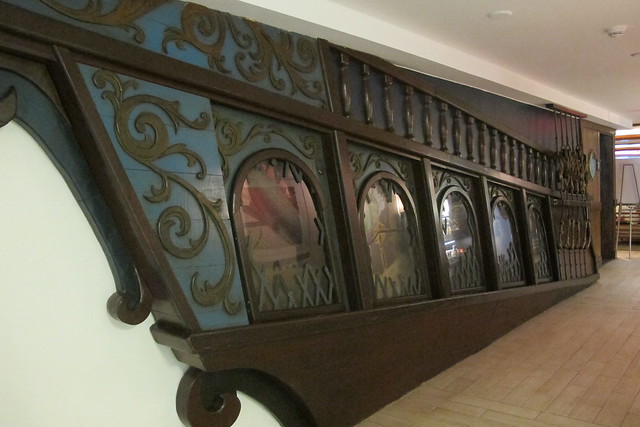 Hands down #1 on my list of the Best Tiki Bars is the Mai-Kai Restaurant in Fort Lauderdale. (And I say that coming from California where we’re pretty spoiled by all the awesome tiki spots close by.) It was started by Chicagoan brothers Robert and Jack Thornton in 1956, and it’s still family-run to this day. It’s a tiki timewarp that you can’t miss.

As covered in my previous post, we started out at the Molokai Bar for happy hour. Then we went out to the tropical garden filled with waterfalls and tikis, where photo opportunities abound.

I loved this bridge and the lagoon-like feel. I hear it’s also worth wandering through at night when it’s all dark and mysterious.

It’s like an amazing labyrinth going from room to room, and this is barely the tip of the iceberg. The restaurant area alone can seat nearly 500 people! (I’d still recommend making reservations for dinner, though.)

There are seven seating sections, each named after a South Pacific island and decorated with authentic artifacts (including a shrunken head from Samoa). Tonga is popular for its elevated view of the stage for the luau-style show, but we had a closer vantage point from the Papua New Guinea room on the side.

Another one of the special things about the Mai-Kai is the ritual of the Mystery Drink. A loud gong brings the dining room to attention as a lovely Mystery Girl delivers a large bowl of booze (enough for four people to share) along with a little hula dance and lei.

Ordering cocktails, I again went for the big guns with the Barrel O’ Rum ($14) from the “strong” tropical drinks section (preferred it over the Jet Pilot), while my dear designated driver ordered the non-alcoholic Maui Sunrise ($6.25) made with peaches, bananas and passionfruit syrup (pictured left).

Mr. Baseball is happy as long there is steak, so he had the 10 oz. filet mignon ($39.50) perfectly roasted in the Chinese oven. Also on the menu are several seafood preparations and an assortment of Asian dishes like curries, teriyaki chicken, sweet and sour pork, and Peking duck.

That mid-century Continental classic Lobster Thermidor, here listed under the more theme-appropriate pseudonym Lobster Tahitienne ($37), is just something you don’t find on menus since diners started caring about things like calories and cholesterol. It’s pure indulgence: more than a pound of lobster sauteed in butter and served in its shell with a creamy sauce with sherry and Dijon mustard.

The song and dance show performed by the Polynesian Islanders Revue is choreographed by owner Mireille Thornton, a native of Tahiti who joined the Mai-Kai in 1961 as one of the original dancers. We were there on a Thursday when there’s just one show at 8 p.m. (Fridays & Saturdays have two). A $10.95 per-person fee is added for the entertainment, but it’s fun and worth seeing. (It’s free for children under 12.)

We went all out for our visit, but there are ways to save money at the Mai-Kai. First is the aforementioned happy hour. The Fort Lauderdale airport (and probably other tourist hubs) had 2-for-1 show coupons, while the website www.SouthFloridaDines.com offers a $30 dining voucher for $15. (Though of course you can only use one discount.)

Don’t forget to stop by the gift shop where they have tons of Mai-Kai souvenirs. (They also recently had a contest for new T-shirt and logo designs.) I just had to take home that big ol’ Mystery Bowl home with me. The really fun part was getting it to fit in my carry-on luggage…

When friends of ours told us they were getting married in Miami, my first thought was: “Congratulations!” And then my second thought was: “I get to go to the MAI KAI!”

The Mai-Kai is one of the most impressive (and last remaining) original Polynesia-inspired palaces. For more than fifty years its thatched A-frame has stood on a once remote (now industrial) stretch of highway in Fort Lauderdale.

Spending an evening here is not just dinner, it’s an event. And you must start off in the Molokai Bar, which resembles the belly of a storm-faring ship complete with carved wooden figureheads, rigging and nautical lanterns.

Simulated rain streams down the angled windows, adding to the sense of escapism. And there are plenty of tikis out there to spot, too.

You might be so distracted by the surroundings (and the bandeau/sarong-draped lady servers) that you don’t even notice there aren’t any bartenders around. Rather, they’re kept behind closed doors in part to preserve the long-held secrets of the recipes.

Mariano Licudine, a former Don the Beachcomber bartender, created the cocktail menu with variations of Don’s drinks and new signatures like the Derby Daiquiri and Mystery Drink (more on that later). I picked up this repro of a vintage menu in the gift shop.

Happy hour is from 5 p.m.-7 p.m. Tuesday through Sunday and appetizers and almost all the drinks are half price. As advertised and classified, the Jet Pilot ($6.50) was seriously potent. Mr. Baseball opted for the non-alcoholic Tropical Punch ($3.25) which is made with pineapple juice, passionfruit syrup and guava and papaya nectars, according to this article.

We also ordered the won ton soup ($3.25) and my favorite Polynesian app: crab rangoon ($4.75) flavored with cheese and curry and served with barbecue, sweet and sour and hot mustard. There’s lots of other fried delights, including intriguing things called Tahitian cheese tangs, plus oysters Rockefeller and even escargots.

Happy hour at the Molokai Bar was just the beginning of our night at the magical Mai-Kai. There’s still the garden and dinner and show and, of course, more cocktails.