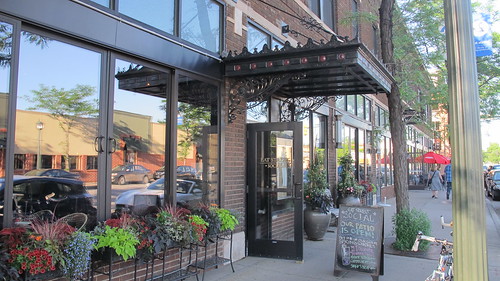 With its vintage vibe and old-fashioned soda fountain drinks, Eat Street Social in Minneapolis seemed like a place I would have liked even if they hadn’t installed a pop-up tiki bar last September. Our annual Minnesota visit coincided with one of the last June weekends before the Torpedo Room went on “summer vacation” (aka hiatus). 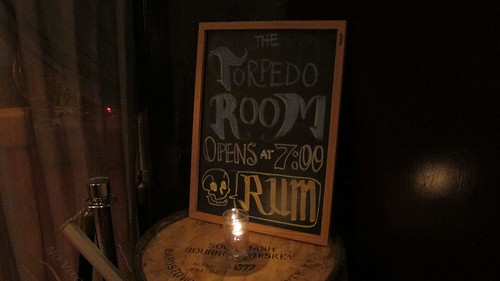 The Torpedo Room was hidden behind a curtain off to the right of the main bar and was only open Friday and Saturday nights. The set-up reminded us of Tiki Tolteca in New Orleans, as they’re both tiki annexes operating on certain nights in the private party areas of restaurants. Each also presented its own unique take on tiki drinks (but more on that soon.) 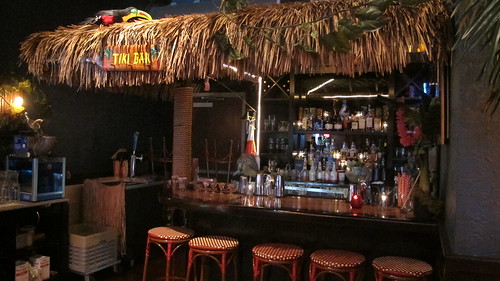 The narrow room had a small bar on one side with a thatched roof and a “tiki bar” sign — just in case you weren’t sure what kind of bar you’re in. 😉 Up on the top shelves above the liquor were a few tiki mugs, including Cthulhu (a smashing kickstarter success) and vessels from Three Dots and a Dash in Chicago. 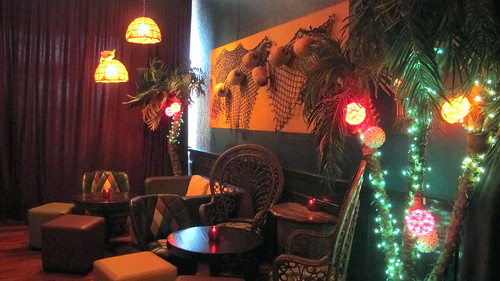 The rest of the space had clusters of wicker chairs and nautical-esque barrel tables, chairs and sofas, plus fake palm trees strung with colorful lights and wall decorations of netting, cork floats and a large marlin. 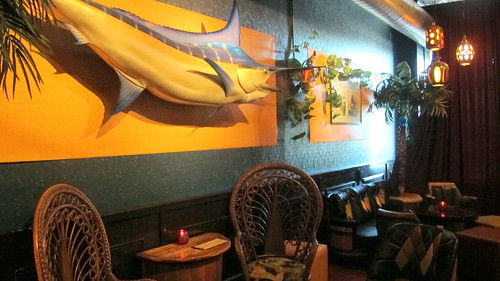 We arrived right around 7 p.m. when they opened the Torpedo Room and had the place to ourselves for the most part. The impression I got was that most of the Minnesotan patrons wanted to savor the summer weather on the patio, which was where the tiki bar was originally intended to go. 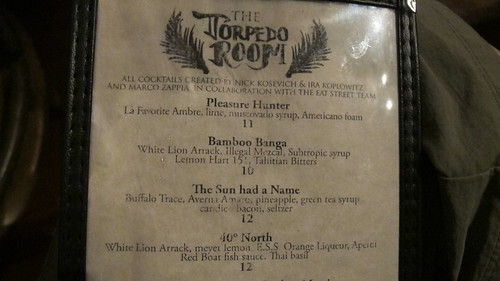 Twin Cities cocktail guru Nick Kosevich and fellow Bittercube Bitters founder Ira Koplowitz, along with Marco Zappia and the Eat Street Social team, designed the Torpedo Room’s cocktail menu with a “Minnesota exotic” theme. This meant there were a few nods to the Midwest (like Wisconsin’s Modest Vodka and Gamle Ode aquavit) brought to the table in addition to housemade syrups (orgeat, falernum) and interesting ingredients (Red Boat fish sauce and Thai basil). To top it all off, there were even several sno cones — available with alcohol (“makua” i.e. for adults) or without (“keiki” i.e. for kids). These featured sophisticated flavors like “Nectar” (Pierre Ferrand 1840 Cognac, almond-vanilla syrup, cream and orange blossom water). 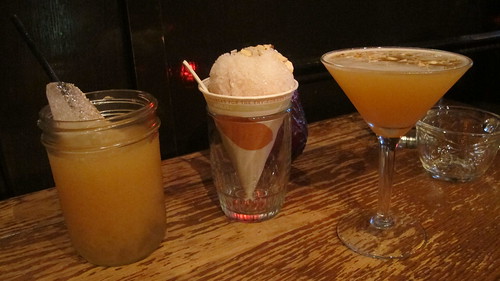 One of their most talked-about tipples was the Corn Tiki ($13), which was inspired by the Painkiller but substituted sweet corn cream for coconut cream and mulled apple cider instead of pineapple and orange juice. (So, it’s really nothing like a Painkiller at all.) I appreciated the unique concept though it was a touch viscous for my taste. I preferred the Royal Hawaiian #Pine ($13), which was accidentally created when Marco misinterpreted the recipe notes and mixed the drink with pine liqueur instead of pineapple juice. The team liked it so much that they kept it, and I can see why. (I told him he missed the opportunity to call it Marco’s Mistake.) 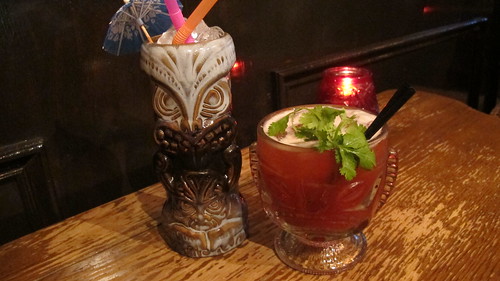 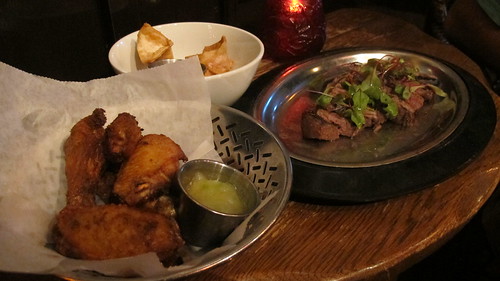 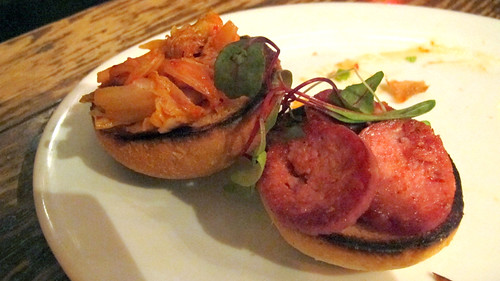 I love that they went the extra mile to make their own version of Spam, which was also featured in the steamed bun sandwiches with kimchee and pineapple-cilantro-jalapeno jelly. (They’d ran out of Chinese bao so ours were served on mini brioche buns.) 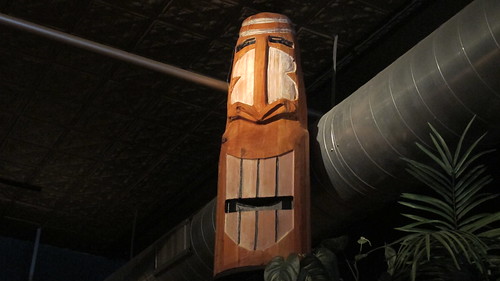 Eat Street Social’s web site promises that the Torpedo Room will return in the fall. Perhaps a little tropical escapism will be more appreciated then. As much as I adore the veritable tiki theme park that is Psycho Suzi’s, the artisanal tiki cocktails at Eat Street Social were on another level, so I’m definitely rooting for a comeback.