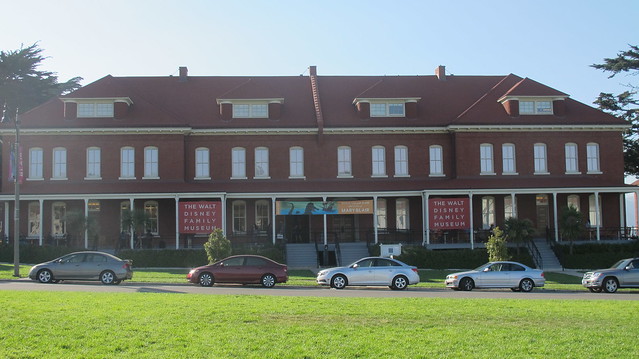 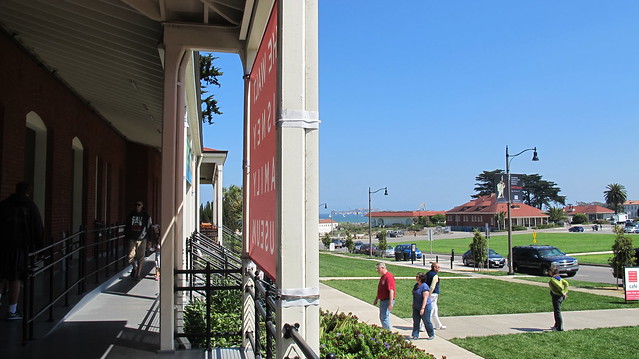 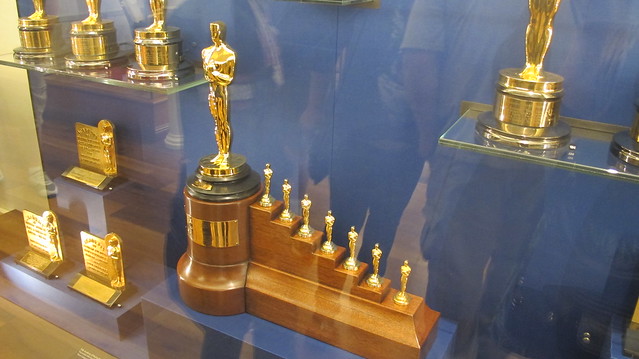 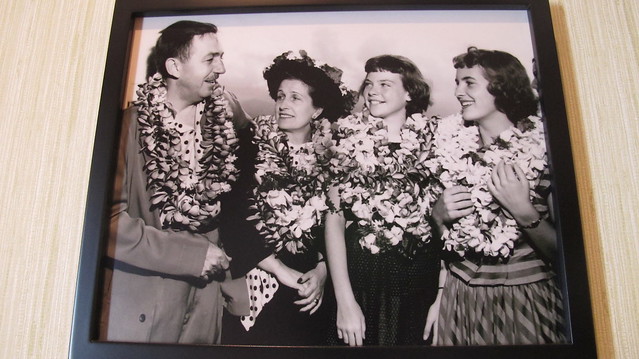 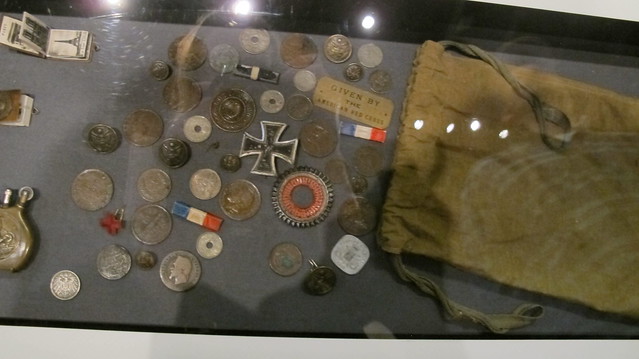 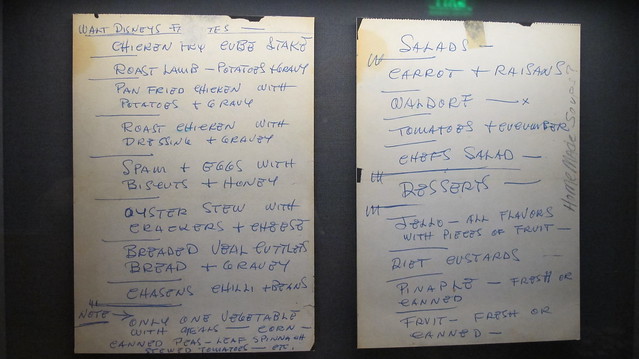 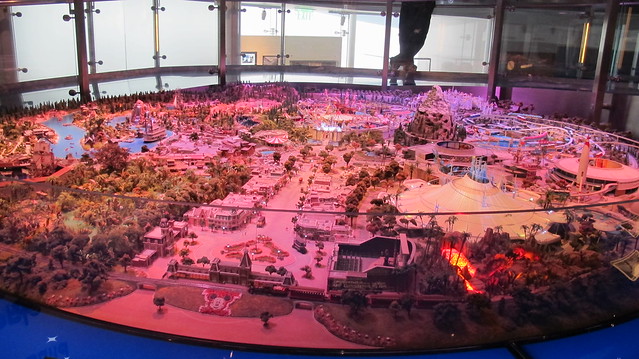 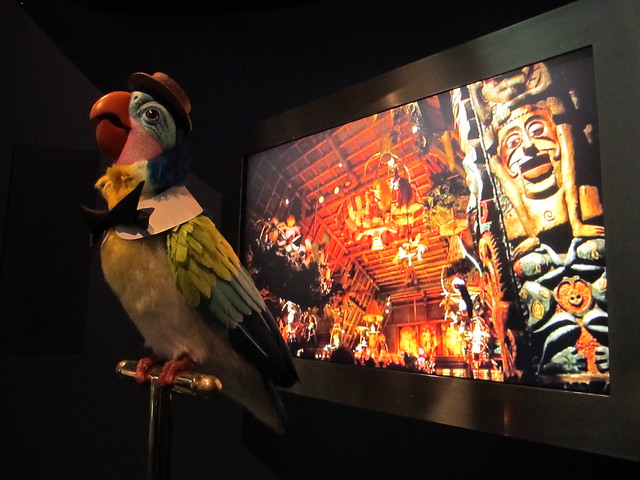 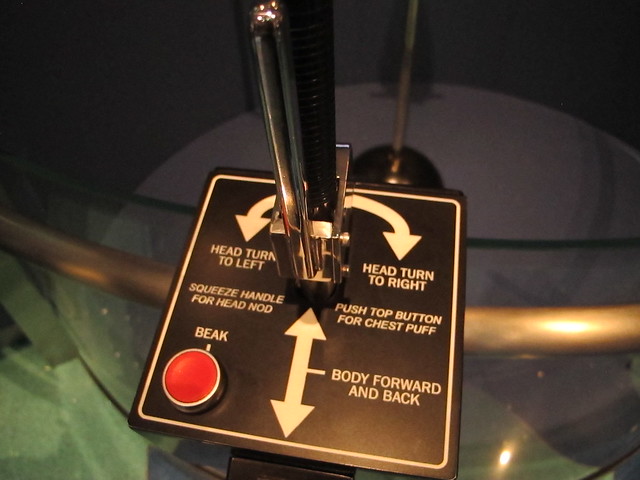 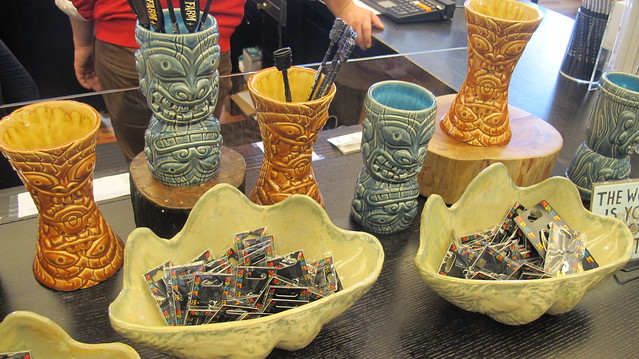 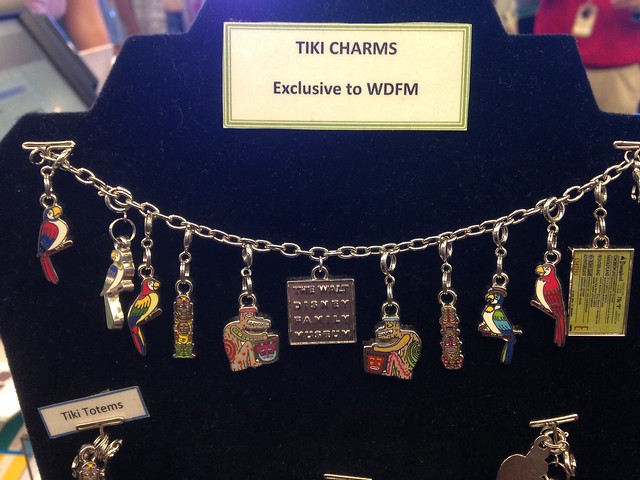 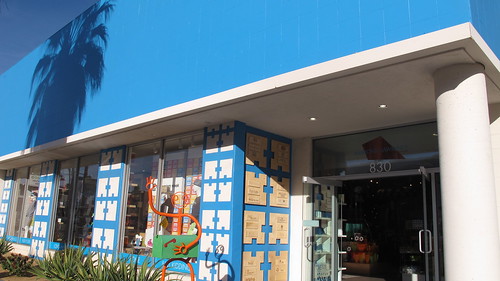 (Editor’s Note: Raymond Lawrence Palm Springs has since closed.) During Palm Springs Modernism Week we spent most of our time attending lectures, film screenings and walking tours — not to mention imbibing at Tonga Hut Palm Springs — but we did manage to make some time shop in the Uptown Design District on North Palm Canyon Drive. This area is home to vintage stores (like Dazzles), designer boutiques (Trina Turk), art galleries (Shag: The Store) and more. One place we discovered this time around was Raymond | Lawrence, which hosts dozens of different pop-up shops all under one roof. There’s a wide range of interesting wares, from souvenirs to clothes to home decor to art. I love this concept! 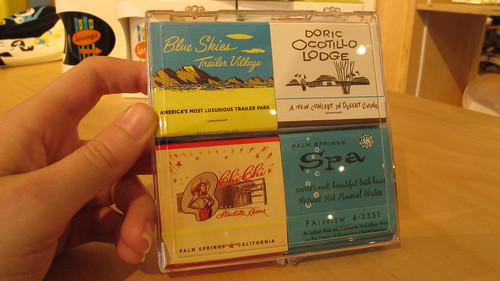 The Palm Springs Modernism Committee had its own section and one of their items for sale was this set of vintage-style reproduction matchbooks ($10) from historic Palm Springs hotspots and local landmarks, including the Chi Chi Starlite Room with its logo copying Edgar Leeteg’s famous painting “Hina Rapa.” 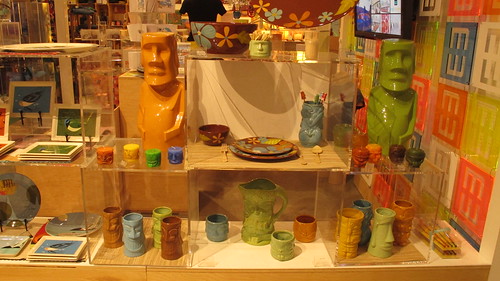 There was even a tiki display featuring the “I Lava Tiki” collection of colorful ceramics produced by One Hundred 80 Degrees and designed by Carolyn Kopecky. (She’s the one who designed that amazing sunken ship mug for Psycho Suzi’s.) 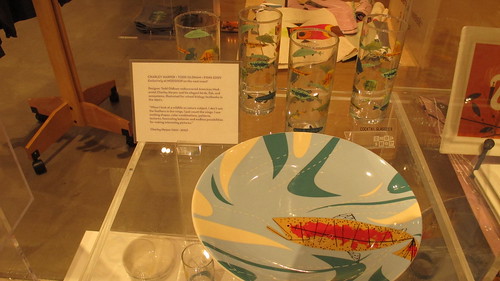 A few years ago, designer Todd Oldham collaborated with dinnerware company Fishs Eddy on a series of dishes and glasses featuring the wildlife-inspired art of Charley Harper. 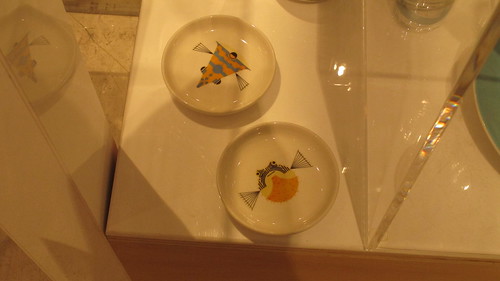 Of course, I was drawn to this pufferfish sauce dish. (Perhaps you’ve noticed a theme around here.) These are just a few of the retail temptations to be found at Raymond | Lawrence. I can tell this will be another spot we return to again and again to see what’s new.

I encountered so many tiki-related things on our trip to Kauai last summer, but I didn’t expect it to continue with the airport. We had awhile to wait before boarding our flight back to LA, so I browsed the Island Marketplace store.

Along with the inevitable stacks of chocolate covered macadamia nuts, they also had a few interesting souvenirs, like rooster cookie cutters in honor of the wild chickens that roam the island. Of course, what really caught my eye were the shirts with tikis — and there were surprisingly quite a few.

My favorite of the styles was probably this one with its stylized tiki, volcano, ferns and flowers in earth tones.

And on the other hand there was this ugly, clownish tiki-style mask on a shirt with a fake advertisement for Freaky Tiki Dark Lager “erupting with pleasure” and “no sacrifice in taste.” Yeesh.

Next to a bunch of tiki figurines, I spotted this girly shirt with pink, purple and turquoise Ku tikis. Not really my style though, I must say.

Anyway, Kauai was completely captivating and I can see why many people call it their favorite of the Hawaiian Islands. Plus, Kauai is about to get even more tiki with April’s opening of Tiki Iniki in Princeville, a new bar with the interior done by Bamboo Ben.