I’m interrupting my sizable backlog of summer’s tiki vacation posts to write about the Shag Haunted Mansion Merchandise Event at Disneyland a few weeks ago. I’ve been a fan of Josh Agle‘s for years and you can pretty much trace my love for tiki and retro style back to his art.

Rather than spend the two Benjamins or so to attend the VIP cocktail party the night before, I decided to take my chances with the masses the next morning at The Happiest Place on Earth. I’d read horror stories  about the anniversary product releases for The Enchanted Tiki Room—folks standing in three hour lines to find out that most things were sold out—but I was hoping that The Mouse & Co. would get their act together, and indeed they did. 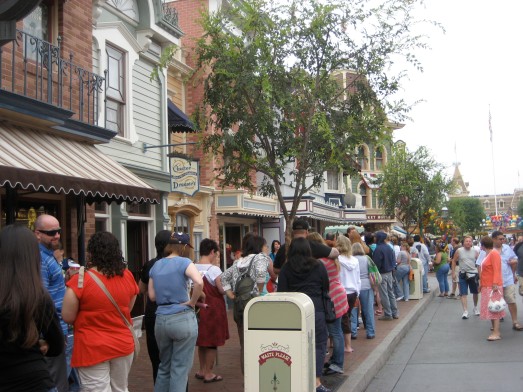 We got there a few minutes after the park opened at 8 a.m. and there was already a large line of people waiting to get in to the Disneyana store. (This was likely due to the fact that on most days of the week, guests of the Disneyland Hotel can get into the park an hour before it officially opens.)

There were tons of “cast members” keeping the line organized and passing out print-outs with photos and prices of all the merch so you could figure out what you wanted ahead of time. You then marked off what you wanted, they rang it up and then shuffled you off to another table to collect it.

We got the lunch bag (shown), postcard set, art matte of the hallway portraits, Shag-inspired Mickey ears hat and the cookie jar urn (shown), which was sold out when I checked back later that day. I thought all the items were designed quite nicely and that everything looked better in person than it did online.

Knowing I would certainly be waiting in at least one long line that day, I hadn’t really intended to get any of the stuff signed as it would involve waiting in another line! However, that queue was significantly shorter than the previous one, so we decided to give it a go.

And I’m glad I did because Shag said he liked my shirt! (A tiki-fied number I’d just gotten from the BouTiki at Disney’s Polynesian Resort.)  🙂

You can see the rest of the Shag-designed stuff for the Haunted Mansion’s 40th Anniversary here—you should definitely check out the paintings at the bottom—plus I have a few more photos after the jump! 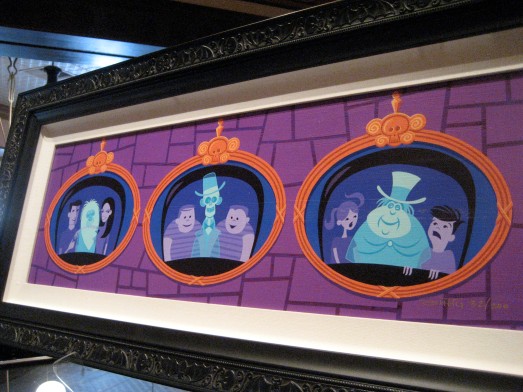 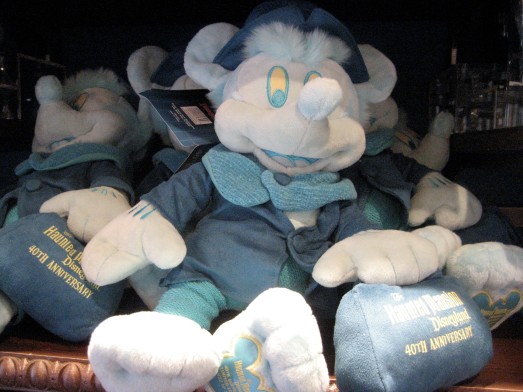 It’s Mickey as a hitchhiking ghost! Super cute but pretty pricey at $30—they’re from a limited edition of 999 (for the number of ghosts, get it?) and each have a number embroidered on it. (Nothing to do with Shag, I just had to share.)