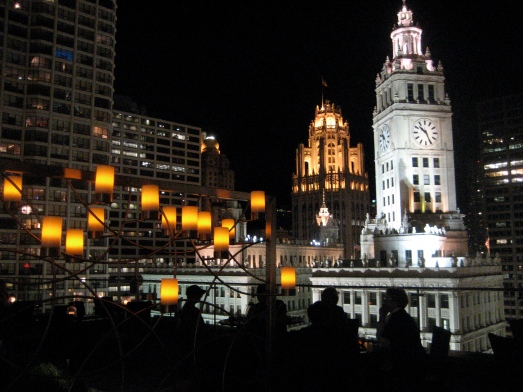 The Tasting Table Chicago newsletter tipped us off that The Terrace at the Trump hotel in Chicago was featuring Polynesian-themed food and drinks this summer. We were in the Windy City for Memorial Day weekend, so I insisted we check it out.

This proved to be a bit more difficult than I thought it would be with all the wacky weather we had. The first night we tried to go, The Terrace was closed because high winds were knocking glasses right off the tables!

But when we did make it up to the sixteenth floor (next to restaurant Sixteen), I was absolutely blown away by the view. You could walk right up to the glass divider, with the Wrigley Building and Tribune Tower front and center, and the river below. 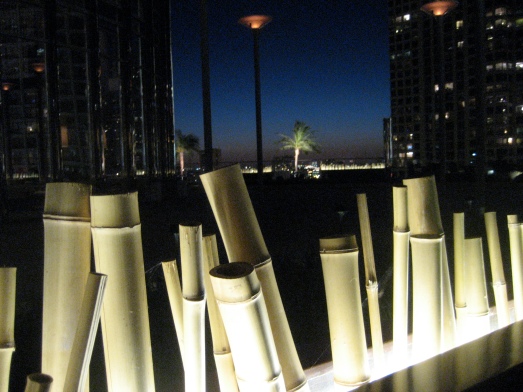 The hostess led me, Mr. Baseball and his brother and sis-in-law to this spacious, freestanding booth. We thought it was pretty neat until we noticed that it was already inhabited…by about a dozen big spiders that had spun their webs between the bamboo. 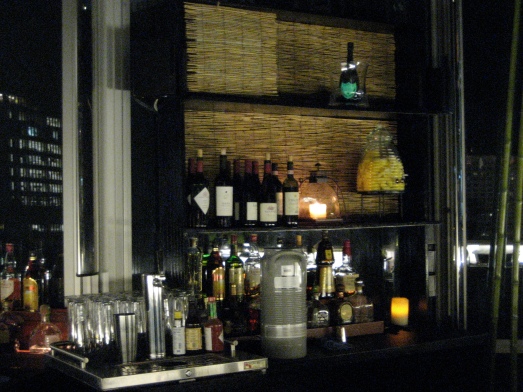 Generally speaking, tiki drinks are not cheap—and if they are you can bet you won’t be getting something made with quality rum or fresh juices. But throw in a swank setting with a killer view and the prices can get pretty outrageous. (Expense accounts definitely recommended here.)

The summer cocktail menu features eight “Divine Nectars” and we tried half of them. The best of the bunch was the Motu-Ahe ($19), made with Cruzan light rum, dark rum, papaya, mango and guava juice. The other two were good but I wasn’t as wowed by the Coconut Castaway ($23)—the bar was out of coconuts so this concoction of Ciroc coconut vodka, pineapple juice and Ketel One vanilla was served in a melon instead—or the The Lagoon ($18), composed of light and dark rums, blue curacao, grenadine, pineapple, orange and lime juice.

The Terrace is open until 12:30 a.m., but the kitchen closes earlier. Mr. Baseball went for the marinated beef and pineapple skewers with Thai peanut sauce (they were tasty, but twenty bucks, really?). Also on the menu were seafood platters, sushi, curries and other global eats. I can’t resist a whimsical dessert, so I got the Mai Tai Push Pop ($13) with Mai Tai sorbet, Myers’s rum and guava gelée. It was just like the push pops I remember from being a kid, except alcoholic (and expensive). 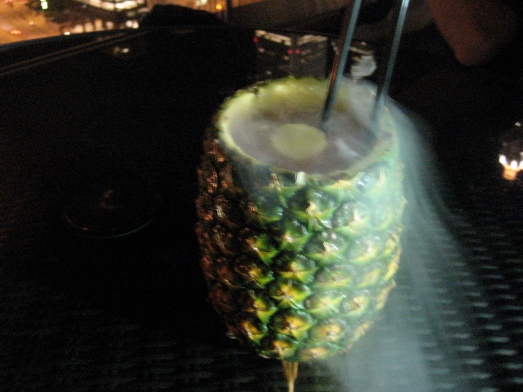 Us ladies decided to close out the night with the Tahitian Traveler ($34), served in dramatic fashion with wisps of dry ice materializing from the hollowed out pineapple. I never would have guessed at all the liquor they loaded in it: Belvedere vodka, Beefeeater 24, 10 Cane, Cruzan rum and Amaretto. 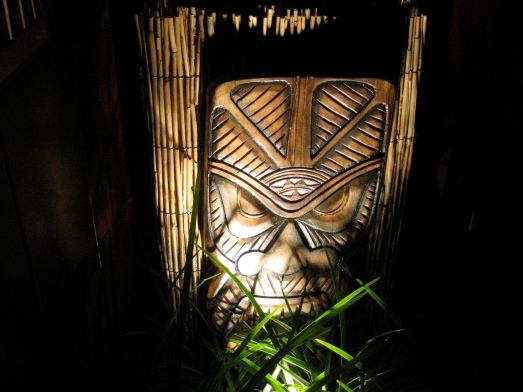 The official Trump web site steers away from the “T” word (instead saying the theme is “Polynesian Chic”) but I did spot some tiki masks around the bar. The prices might still be causing me sticker shock, but the view is worth a million bucks (or two, just ask Patrick Kane).

Happy New Year! One of my resolutions this year is to start mixing tiki drinks. I’ve had Beachbum Berry’s books for awhile, but I was always daunted by the logistics of where to begin. You can make or break a cocktail by not using the best ingredients or quality rums (which can also be frustrating to find, not to mention pricey).

I tried to make this as foolproof an endeavor as possible, so I started by tracking down Trader Tiki‘s mixing syrups at Barkeeper in Silverlake. These syrups just went on the market about a year ago, but they’ve already earned quite a reputation. (They’re also available online, but I was in an instant gratification kind of mood.) 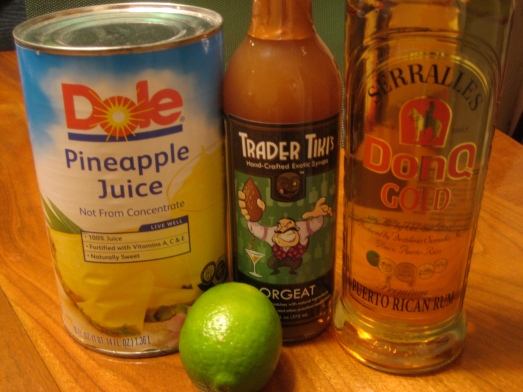 The number of tiki drinks one can make is positively dizzying, so I just picked the recipe on the back of the orgeat bottle: Wailani. Of course, I then had to stop at BevMo for rum (Don Q Gold, $10) and the grocery store for limes, pineapple juice and ice. 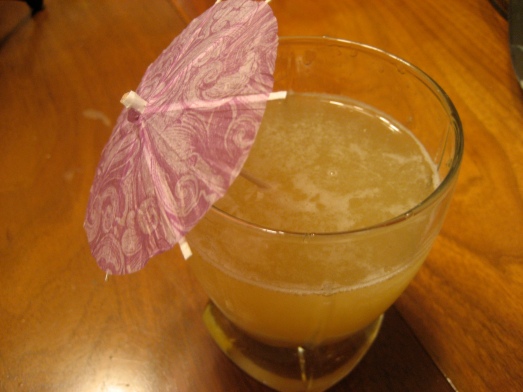 Clearly I need to step it up in the garnish department, but I was pretty pleased with these first attempts. (This is a double, by the way.) Cheers!