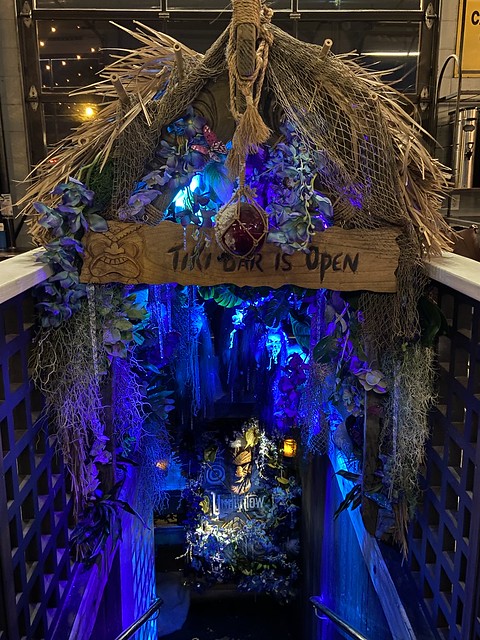 In February 2020 we ventured below decks of the UnderTow tiki bar in Phoenix, blissfully unaware that (for us) it would likely be for the last time in its original location. As the Arizona Republic recently reported, the bar will indeed reopen soon (September 22) but ultimately will move next door and take over the dining room of sister concept Century Grand. (I’m hoping that means the vintage train car experience Platform 18 will remain.) UnderTow has been closed because of the pandemic since March so it’s a relief to know they’ll be back in any form. 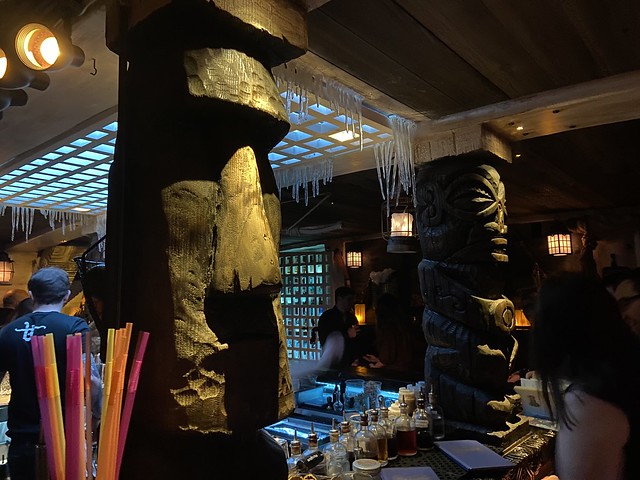 My husband always loved describing UnderTow in the style of Stefon from SNL: “Phoenix’s hottest bar is underground in a coffeehouse that used to be an auto shop.” Barter & Shake Creative Hospitality opened it in 2016 and you can see how the project took shape on the Discovery Channel show “Blue Collar Backers” (Season 1, Ep. 3). 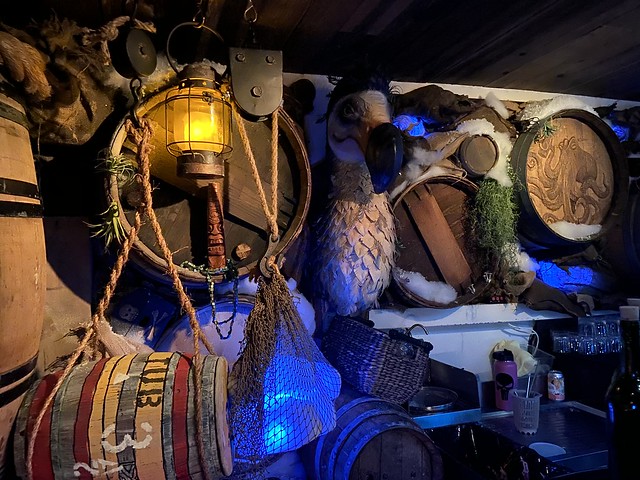 Wesley James and Daniel “Tiki Diablo” Gallardo transformed the former service pit into the hold of the UnderTow, a clipper ship circa the late 19th century. The idea was that the crew was so enamored with their travels in the South Seas that they built their own tiki bar aboard the boat. There are boxes of cargo, rum barrels and other souvenirs stored around the space. 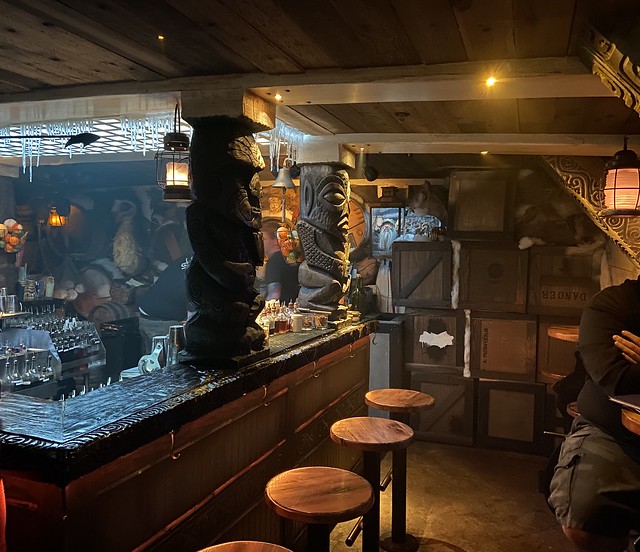 Make sure you check out their online reservation system in advance if you plan on visiting during the reopening period, since there will be no walk-ins allowed. There are fewer than 30 seats available in the current 500-sq.-foot space, and that’s even before any social distancing. There are bar stools at three sides of the central bar, small tables for two along the shiplap walls, and one corner booth. 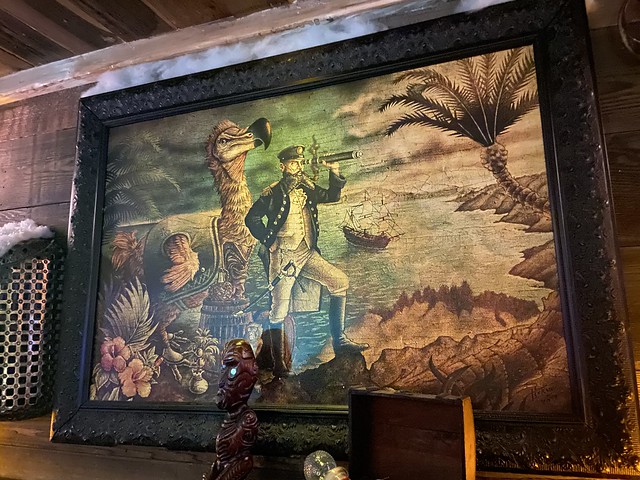 Artist Doug Horne contributed this painting depicting some of the colorful characters of the UnderTow crew, including Captain John Mallory and a rare Peruvian breed of Tropical Dodo. (Prints of this are available in his Etsy shop, by the way.) 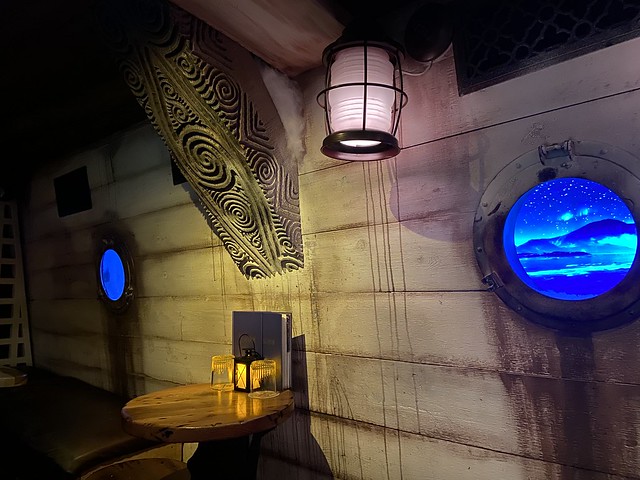 Portholes (equipped with LCD screens) give you a view of the adventure you’ve embarked upon that visit. These, combined with other special effects, bring a level of immersion and escapism that’s just thrilling to behold. 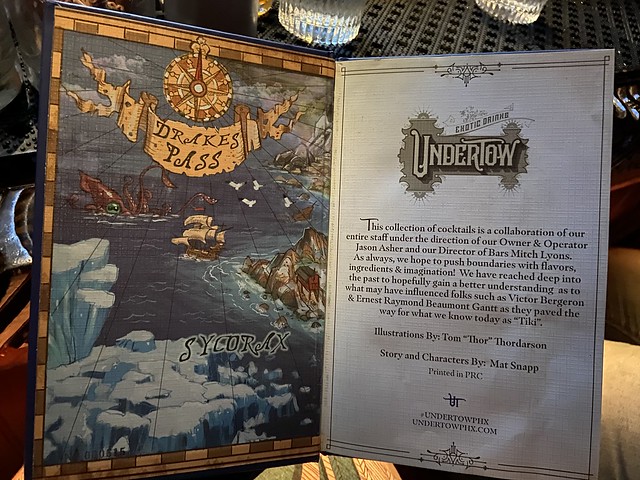 The storylines are evocatively written (by Mat Snapp) and illustrated (by Tom “Thor” Thordarson) in the beautiful menus, with the cocktails integrated into the narrative. Our timing was right to experience Chapter 7, in which the UnderTow has left the tropical jungles behind and now sails amid the treacherous icebergs of Cape Horn. (This accounts for all the icicles and piles of snow around. Is it just me or is there something sinister about that glowing ice…) 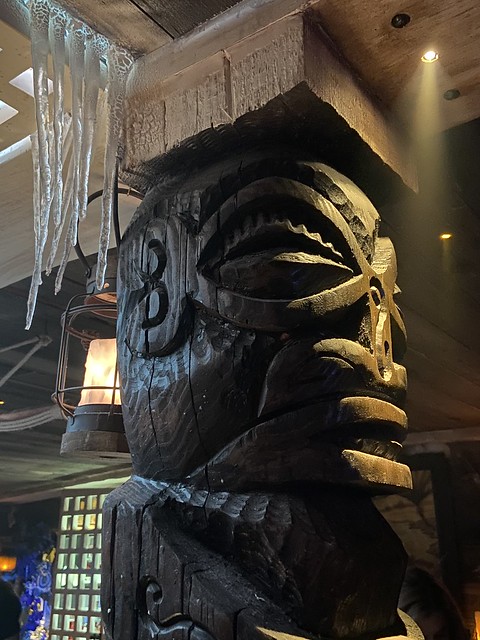 UnderTow consistently makes some of the best tiki drinks I’ve ever had. They are complex, creative and always intriguing. You’re likely to encounter exclusive rums, infused spirits (like cashew-infused cachaça, pandan-infused gin or earl grey-infused rum) and secret ingredients such as “yeti milk” or “dragonblood sap.” 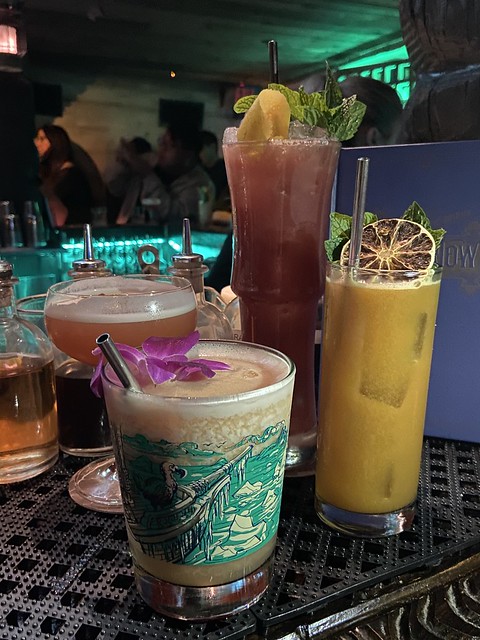 You’ll have the difficult task of choosing from 30 original recipes, 14 classic cocktails and four large-format drinks. If memory serves, my favorite was the Alchemy of the Damned (buchu-infused Botanist Gin, Banks 7 yr Blended Rum, falernum, guava, passion fruit, orgeat, pineapple, lime), though I recall the Domuyo Volcano and Jungle Wood also being delicious. Our mezcal-loving pal opted for the Piranha’s Kiss of Death Elixir and, for round two, the Blood of the Dodo. 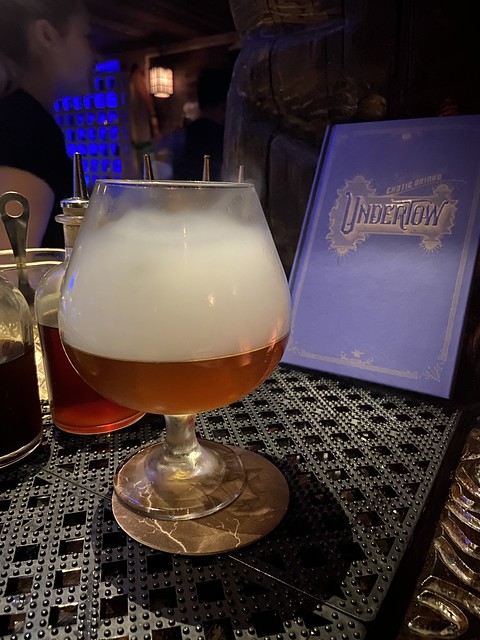 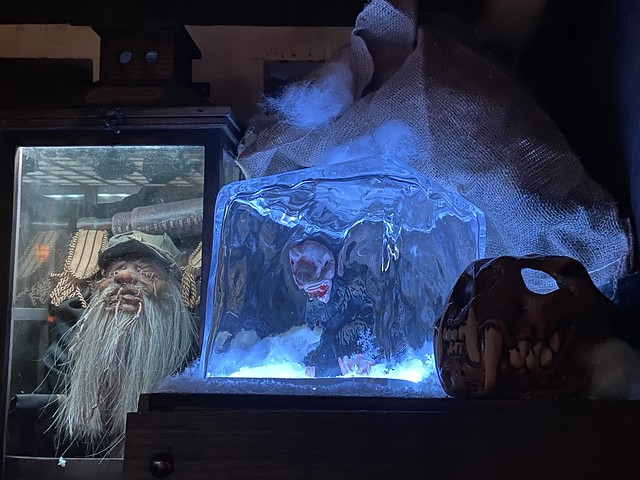 For years, UnderTow’s merchandise had only been available to purchase at the bar, but they launched an online shop with t-shirts and signature mugs. Right now you can still order ceramics like Manuia Mug by Tiki Diablo, Shrunken Head by Thor and Panther Skull by Thor (you can see its silhouette on the right in the above photo). Act fast, though, as stock is quickly selling out. 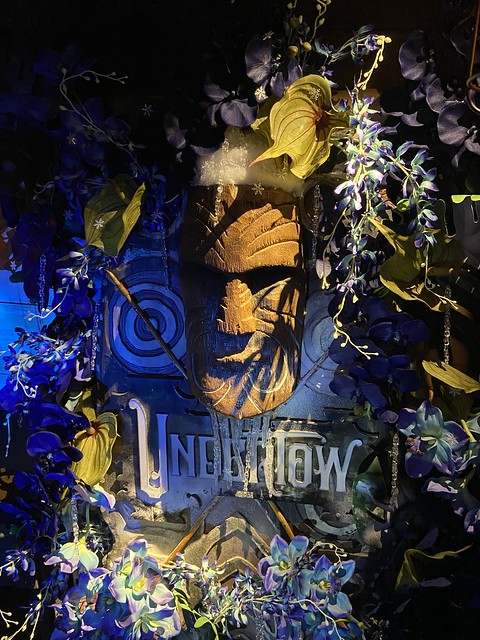 While I will miss this tiny subterranean space, I’m sure they will do an amazing job with these future endeavors. I wish them all the best as they navigate these all-too-real stormy seas.