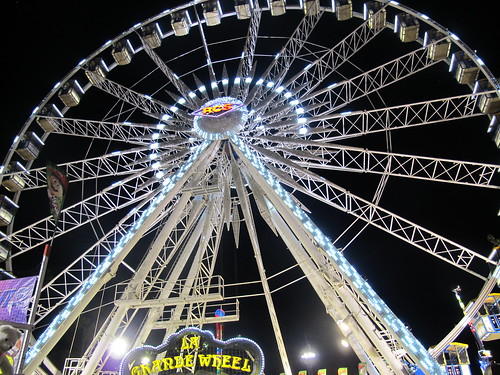 Every year we go to the LA County Fair and every year I stumble across something related to tiki. (And every year we wonder why we ride this giant Ferris Wheel as we freak out when it reaches the top.) 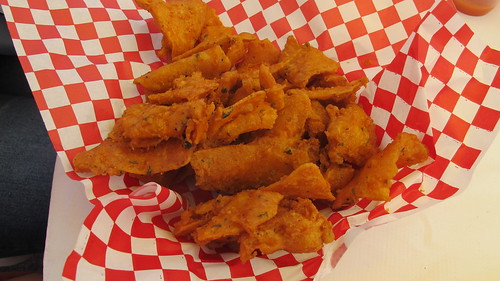 Our latest fried food adventure was fried Doritos, which were, in a word, unnecessary. They paled in comparison to Chicken Charlie’s previous triumphs of fried avocado and the fried Klondike Bar. (Though we may not eat any more fried food at the fair since we discovered the amazing duck confit grilled cheese from the Street Kitchen stand.) 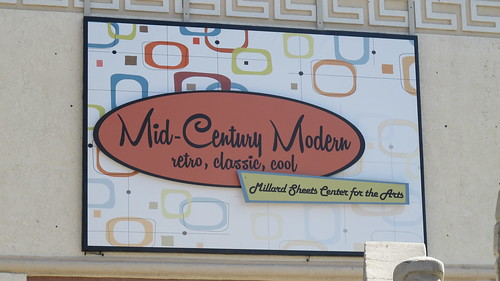 One of the halls housed the exhibit “Mid-Century Modern” which featured some gorgeous cars and vintage furniture sort of oddly interspersed with vending booths for artists with retro flair. (Among them was Rachel Walker, whose “Pina Colada” print provided the first tiki sighting of the day.) 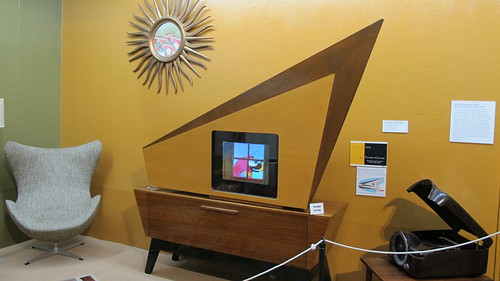 And surprisingly, that was the only tiki-related thing I saw in that exhibit. (The two often go hand in hand, as I’ve found at Palm Springs Modernism Week.) At any rate, the pièce de résistance for me was this amazing Arkay “Fantasia” television (aka Kuba “Tango” Stereo Console) produced between 1959-1962. Those lines! 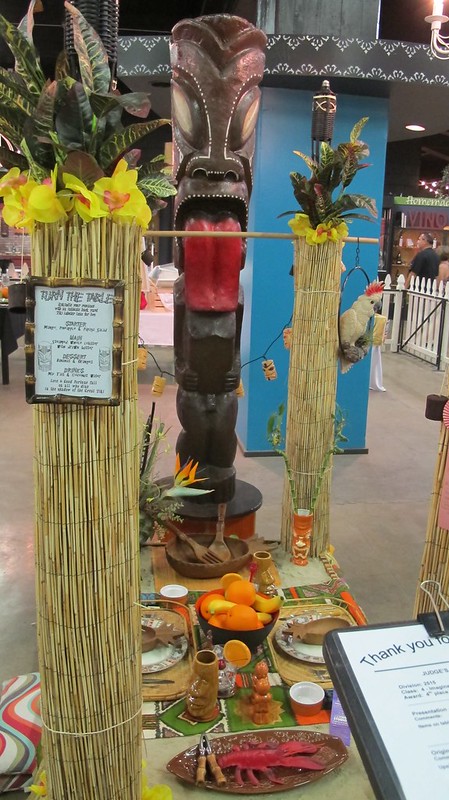 Last year I had lamented the lack of tiki representation in the tablescaping section of the arts and crafts building, but this year did not disappoint! “Turn the Table” featured a tiki from Oceanic Arts, Trader Vic’s salt and pepper shakers, Don Ho “Suck ’em Up” glasses, Dynasty Easter Islander mugs, bamboo flatware and more. 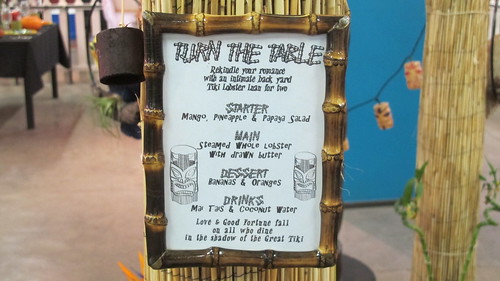 The judges awarded top points for originality/creativity for the upside-down table and its tiki torch legs, but points were docked in the correctness category: “Fruit for salad and dessert course is repetitive. Questioning the knife, as it does not go with the menu. Lobster pick is appropriate but nut pick is not.” Still, it scored 90/100 points, which was good enough for the fourth place ribbon. 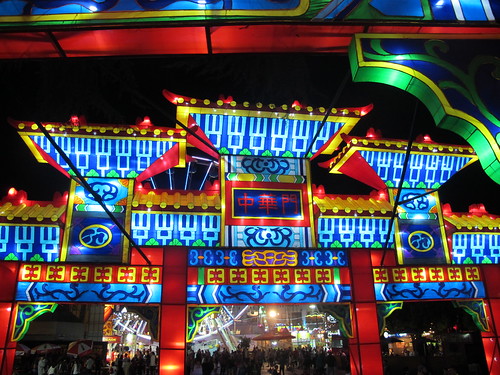 Another highlight was the new exhibit Luminasia, an impressive display of about 300 giant Chinese lanterns shaped like animals, flowers and famous landmarks near and far. 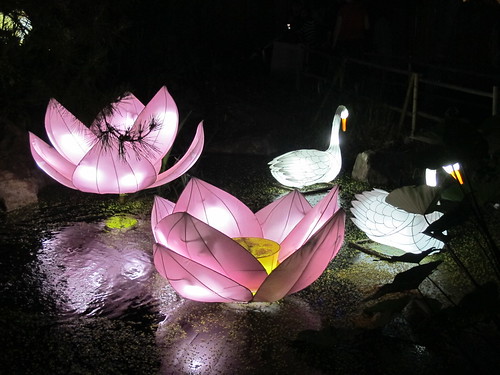 The colorful creations were made by more than 50 Chinese artisans from Zigong, a city in the Sichuan province that’s known for its lantern festivals. 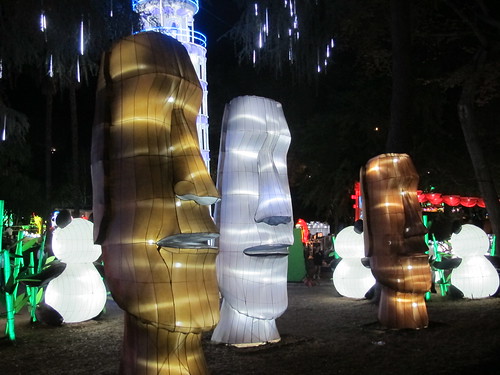 It was an additional $9 to walk through it, but we thought it was worth it, especially when I spotted this trio of Moai in gold, silver and copper colors. They were placed among other icons like the Leaning Tower of Pisa, Eiffel Tower and…Morongo Casino. (They were a sponsor.) 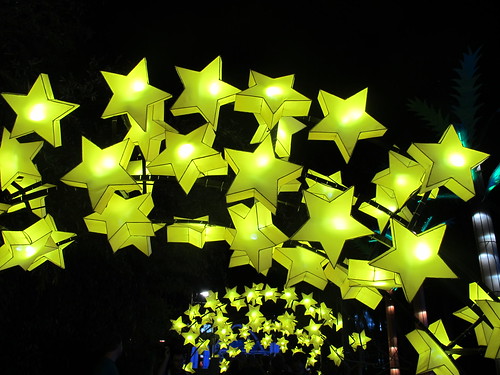 The 2014 LA County Fair ends after this weekend, so you better get going if you haven’t already!