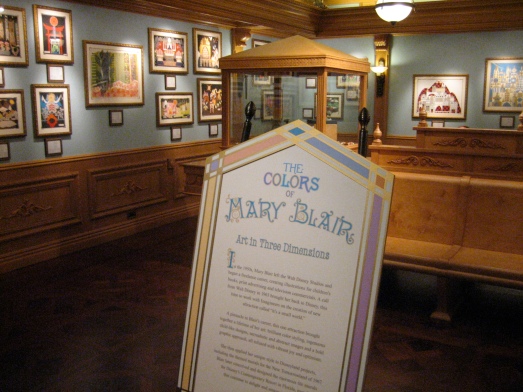 Through November, The Disney Gallery at Disneyland has an exhibition entitled “The Colors of Mary Blair.” During her tenure at Walt Disney Studios, Blair’s concept art served as inspiration to the animators for such movies as “Peter Pan,” “Alice in Wonderland,” and “Cinderella.” She later left to become a freelance illustrator, but was brought back by Walt Disney to work on “It’s a Small World.” 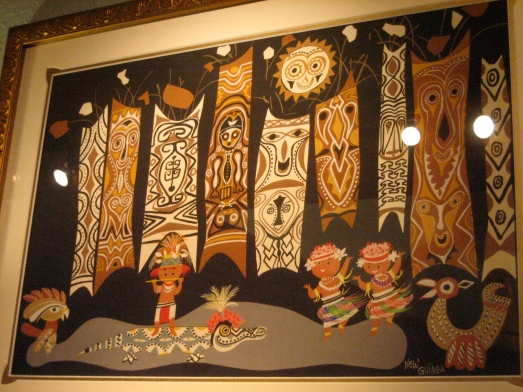 On display are her original art for the iconic abstract exterior of the ride, as well as the tableaux for various countries, including this “New Guinea Scene” (1965). I love the designs on the tribal shields. The plaque next to it included this fun fact: In keeping with the lyrics of the theme song “It’s a Small World” that says “There is just one moon and one golden sun,” Blair incorporated a stylized sun or moon in every scene. 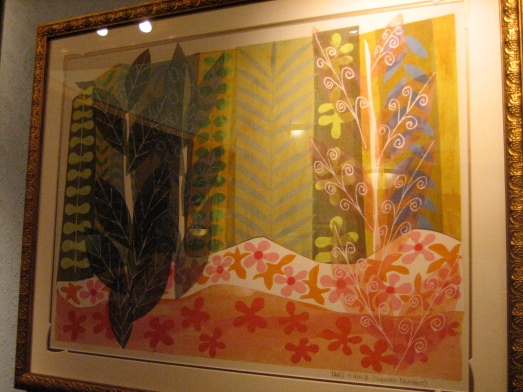 “Pacific Paradise Collage” (1965) is labeled as a suggested treatment for Tahiti or Hawaii. Mary Blair was especially appreciated for her “color styling,” and this piece shows how she could use that to create a romantic and idyllic mood. 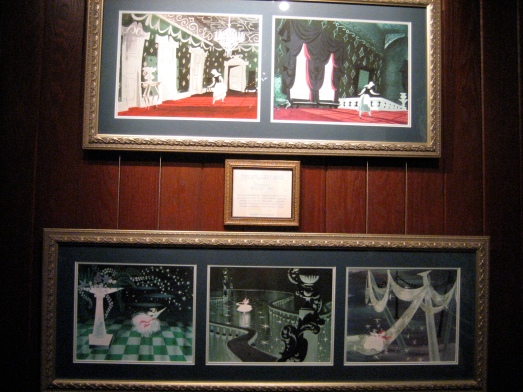 Checking out these tiki-esque designs was all well and good, but I was really blown away by the art for Cinderella. One very cool aspect of The Disney Gallery that I just recently discovered is that all the featured images can be bought as prints from the Art on Demand kiosks in the stores.