Disneyland’s California Adventure is somewhat lacking in places to quickly escape the SoCal heat (granted, you may not be all that concerned with that since it’s November and all, but bear with me here).

However, the inside of the Animation building on the “backlot” is an air-conditioned oasis that’s also never crowded! It’s very relaxing to sit back and watch the giant screens change as they showcase the art and music from various Disney films. 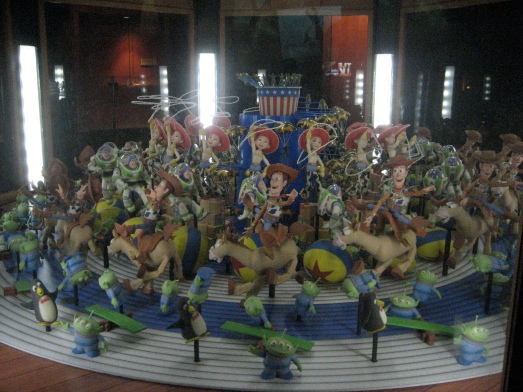 On display in one of the adjoining rooms is a 3D zoetrope, where these Toy Story figures are spun around and then suddenly appear to be moving fluidly when the strobe light is activated. It’s a pretty cool optical illusion. 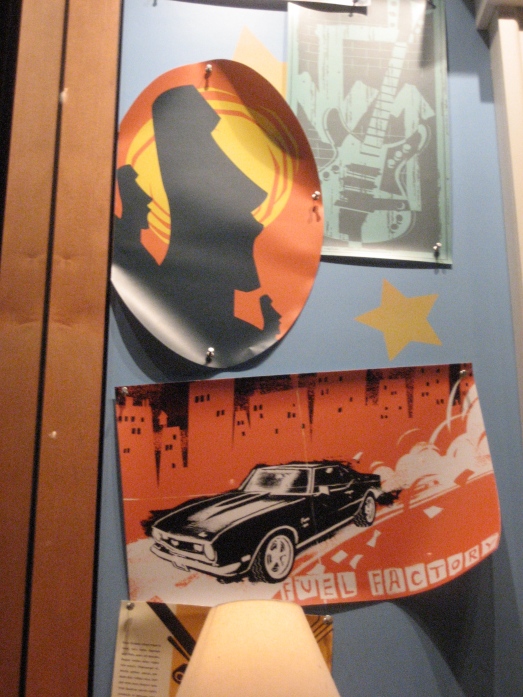 Behind this is a mock-up of Andy’s room from the movie, and among the car and rock band posters tacked up on the wall is this image of the Easter Island Moai. Because that’s what every teenage boy has up in their room, right? 😉

The director, Lee Unkrich, is into tiki, and one of the crew’s gifts were these Toy Story-inspired tiki mugs with Buzz on one side and a Moai-esque Woody on the other. (Image is from Scottiki, though I first heard about these on Tiki Talk).