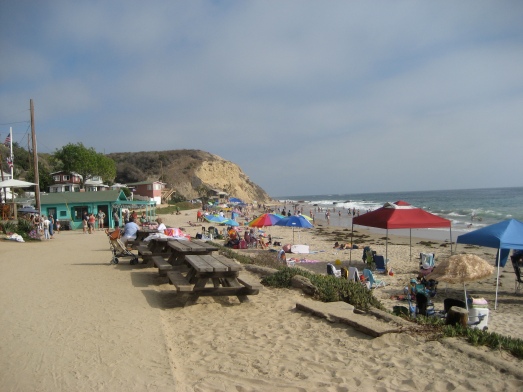 What to do when there’s a minimum 45-minute wait for lunch at The Beachcomber Cafe in Crystal Cove? Well, there is the beach, of course. Or, if you head towards that teal shack over there… 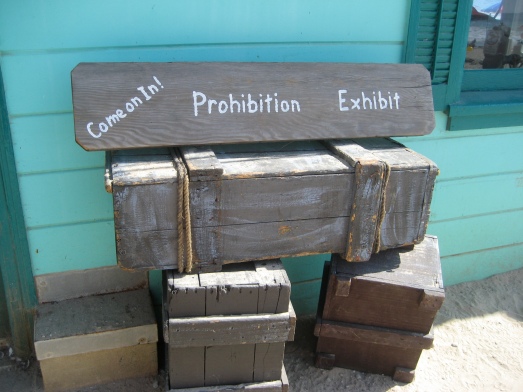 A Prohibition Exhibit! Considering I adore the Roaring Twenties as much if not slightly more than mid-century Polynesian Pop, these words were hot jazz music to my ears. 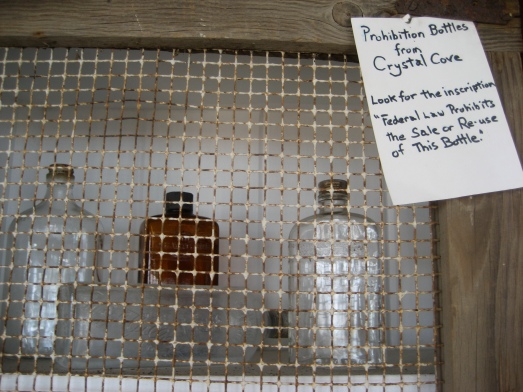 The cottage features rotating exhibitions and this one illustrated the role of this little Orange County beach in The Noble Experiment. Apparently, Crystal Cove’s geography made it an ideal spot for rum runners to bring in booze by boat. 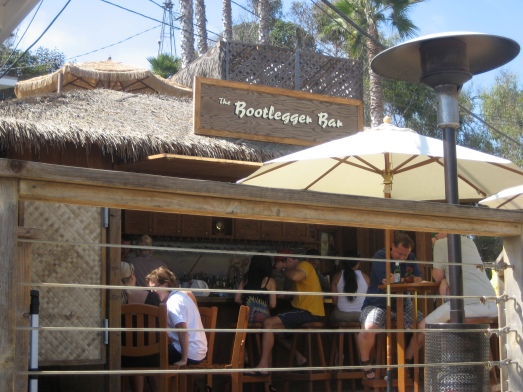 And so I love that The Bootlegger Bar adjacent to the Beachcomber pays tribute to this colorful history. If the pangs of hunger prove to great to bear, you can try to snag a seat and order from an abbreviated menu. 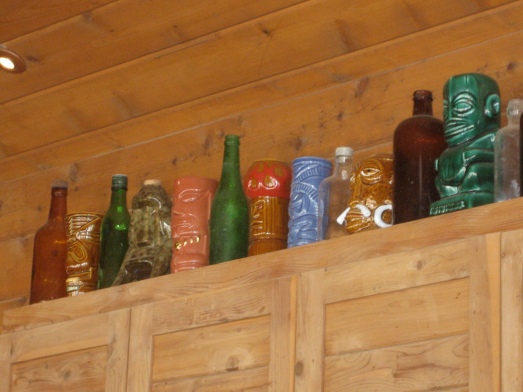 I also like how vintage-looking Prohibition bottles were mixed among the tiki mugs. (Also, I think we could start playing a tiki version of “Where’s Waldo?” Except it would be “Where’s Mr. Bali Hai?”)

Here’s a gander at the neat pirate mural on the back wall, and the Beachcomber’s custom-designed scorpion bowls from Tiki Farm. 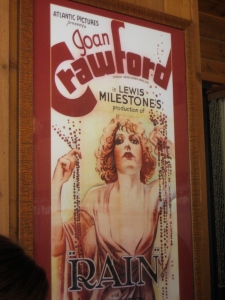 At first I wasn’t sure how this gorgeous movie poster fit in. Looking it up later, I found that “Rain” was filmed in 1932 (with Joan Crawford depicting a wanton temptress) and set in the South Pacific, thus going along with the Prohibition era/pre-Tiki theme. (The Beachcomber’s web site says the film was “reportedly” shot at Crystal Cove, but Wikipedia claims it was Catalina Island.) 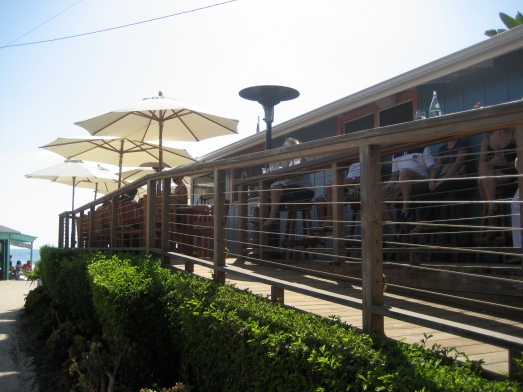