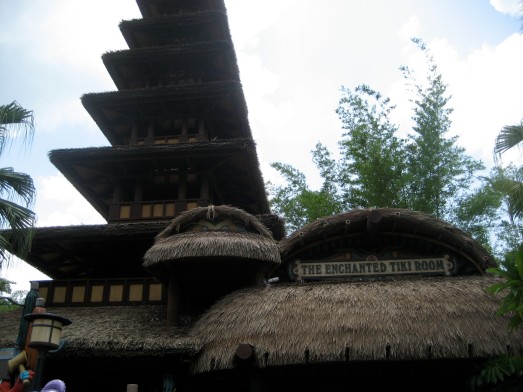 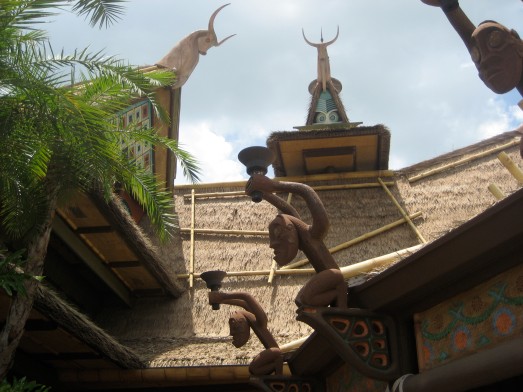 Next to it was the Dole Whip outpost, where I noticed they also had pineapple juice floats with vanilla ice cream. I’ve never been a fan of Disneyland’s float because the pineapple juice is too tart to blend well with the sweetness of the Dole Whip, so I’m thinking the vanilla might be a better match. 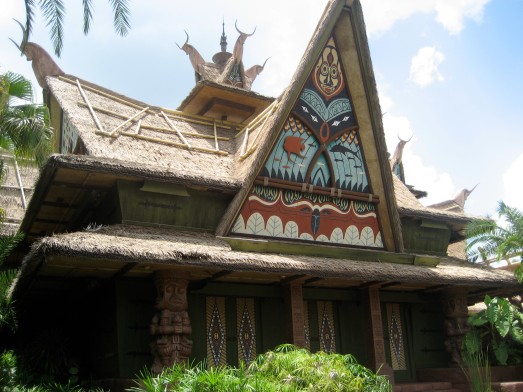 Sadly, I’d already ordered a chocolate/vanilla swirl cone so I didn’t get to taste test my theory. Next time! 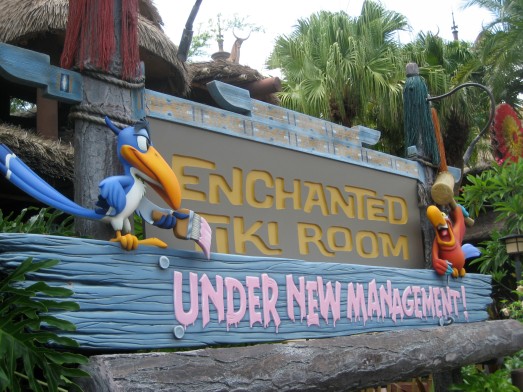 Ten years ago, Disney defaced this treasure by adding the “Under New Management” element and bringing in Iago from “Aladdin” and Zazu from “The Lion King.” Ironic, as it seems like “new management” has ruined/closed many venerable tiki establishments (Trader Vic’s Beverly Hills, perhaps The Tonga Room next year). 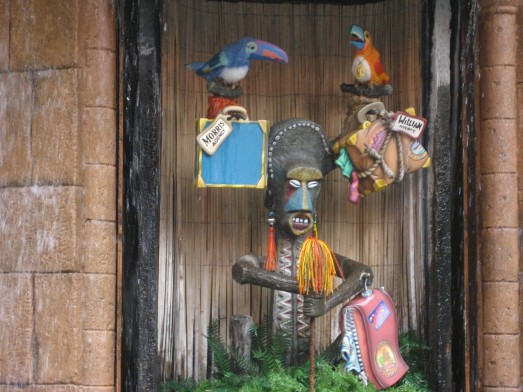 It started off fine, with these two toucans named William and Morris (…get it?) that are talent agents bragging to each other about their clients, the new “co-owners” of the Tiki Room. As if I don’t already hear enough of these types of show-offy showbiz conversations in LA? 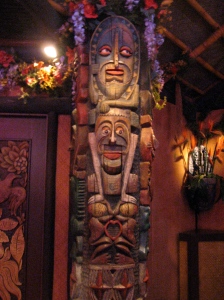 In that intro, the Hawaiian tikis you know from Disneyland’s Enchanted Tiki Room are mutely relegated to the sidelines. Once inside, the birds and company begin with the beloved refrains of “In the Tiki Tiki Tiki Tiki Tiki Room…” 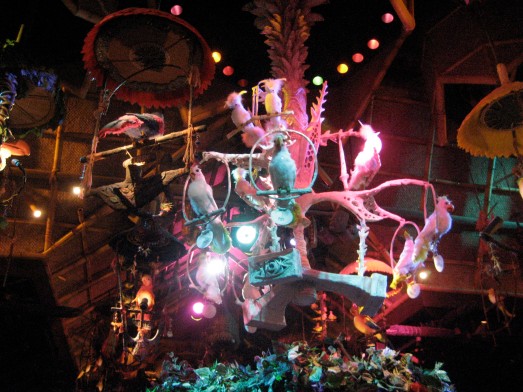 But then Iago interrupts with a tirade against the “boring tiki birds” sung to the tune of the Genie’s “Friend Like Me.” One of the lyrics warns that “you better get hip or your audience will disappear.” Ouch! 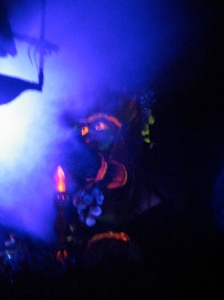 Angered by all this, the “tiki goddess of disaster” with a Chiquita Banana headdress emerges from the waterless tiki fountain to put the smack down. The incongruous song choices continue with the tikis singing doowoop “In the Still of the Night” and then rapping birds of paradise, “Conga” and “Get On Your Feet” (one of those imagineers must have been a big Gloria Estefan fan). 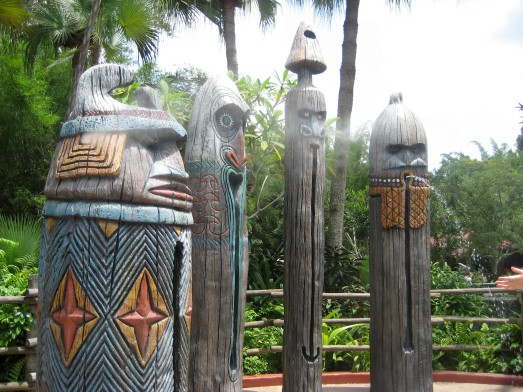 Anyway, it was interesting to see a completely different version of the Enchanted Tiki Room, but I was glad that I get to go home and see the real one. You can watch the whole show for yourself on YouTube. Possibly the best part is at the end where Iago says “Boy, I’m tired. I think I’ll head over to the Hall of Presidents and take a nap.”

Editor’s note: The Enchanted Tiki Room – Under New Management suffered a fire in January 2011. The attraction then underwent renovations to turn it back into a version of the original show and re-opened in August.