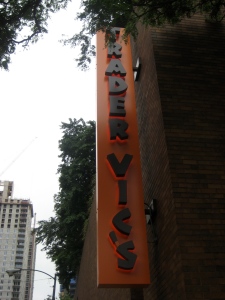 For the second stop of my pre-birthday tiki tour, Mr. Baseball and I went into downtown Chicago to check out the new-ish Trader Vic’s. 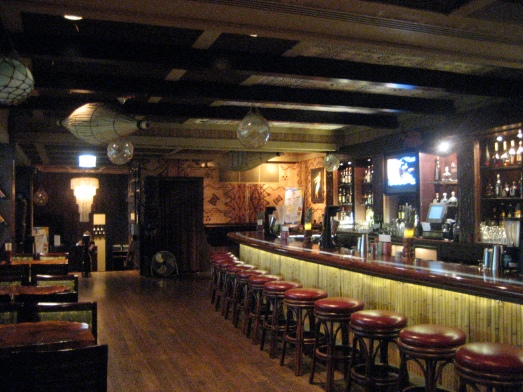 The original Trader Vic’s Chicago was housed in the Palmer House Hilton for almost fifty years before the hotel’s new owners closed it. This location in Newberry Plaza, a petite building mostly made up of condos and a few offices, opened a little more than six months ago. 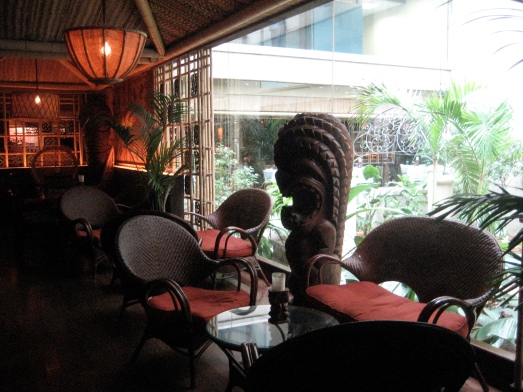 We sat at the bar since we weren’t interested in eating because a) we were still stuffed from lunch at Tiki Terrace b) the menu at Trader Vic’s Chicago is identical to the one at downtown LA’s Trader Vic’s. 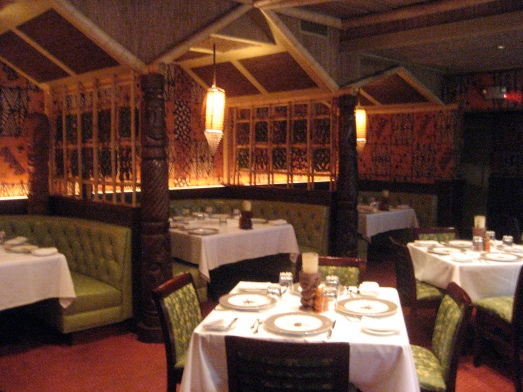 We got there around 4 p.m., just as they were opening so there was nobody in the dining room yet. Pretty swanky, I must say. (Nothing at all like the now-gone Trader Vic’s Las Vegas). 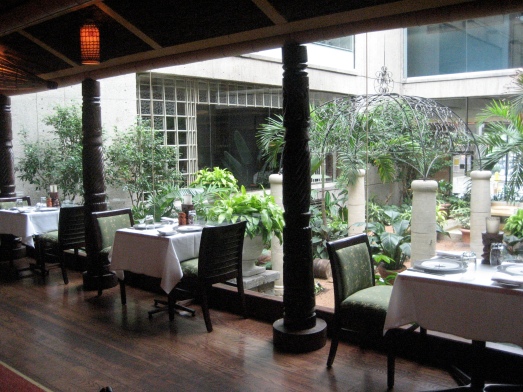 The other side of the dining room looked out over a courtyard garden where there were a couple tiki poles lying down, sort of like an archaeological display. (Or maybe they just fell over?) 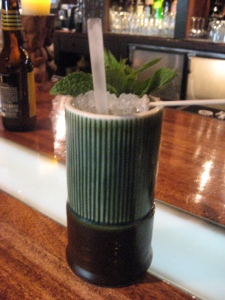 I ordered the Trader Vic’s Chicago signature drink—The Chicago Trader—made with rum, lemon, grenadine and orange curaçao. I remember it being pretty potent but not particularly tasty because the mint garnish was overpowering. The drink also came with a rock candy lollipop for some reason.

Mr. Baseball committed the cardinal sin of drinking beer in a tiki bar, but it was a bottle of Goose Island’s 312, so I must forgive him. 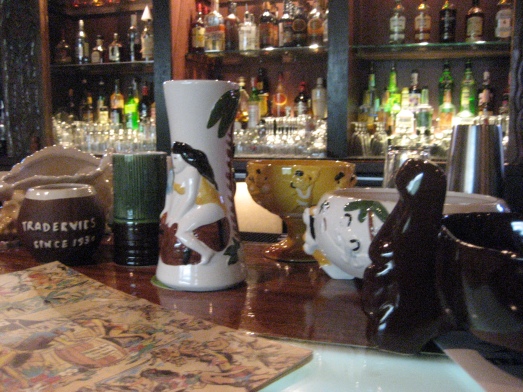 Again, the bartender trotted out all the Trader Vic’s tiki mugs they had so I could choose one as part of my b-day present from Mr. Baseball. Tiki Farm is producing a custom mug called “Rapa Nui Louie” for this location but unfortunately it hadn’t made its debut by the time of our visit. 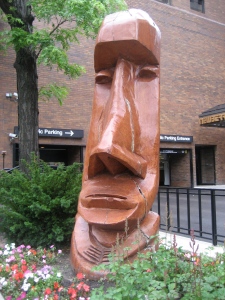