Surprisingly, I was never really that much of a fan of the Enchanted Tiki Room until fairly recently. That is to say, I wouldn’t trace my tiki fanship back to some formative childhood visit here. 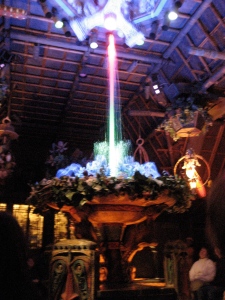 However, it deserves a lot of respect for being one of the classic Disneyland attractions, plus it pioneered the audio-animatronic technology that made so many other rides possible. Not to mention it’s a great place to take a nice air-conditioned break and rest your feet….but when you’re a kid, you’re much more interested in going on Space Mountain for the fifth time, so I never really got around to appreciating it until much later.

However, I have always been intrigued by the exterior, and I love how the tiki gods introduce themselves.

“The Tiki Tiki Tiki Room” song is catchy enough, obviously, as it will be stuck in your head all day at the park. It’s stuck in my head as I type this (and I’m sure it’s taken over your brain by just reading it!). 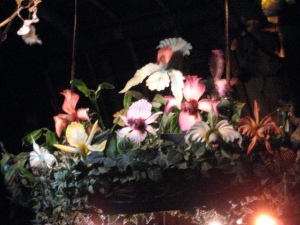 But the serenading orchids sort of remind me of “Little Shop of Horrors,” so they strike me as being inherently evil behind their animatronic facades. 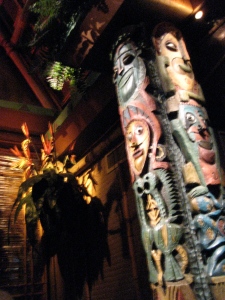 The talking birds of paradise, on the other hand, I have no beef with them. 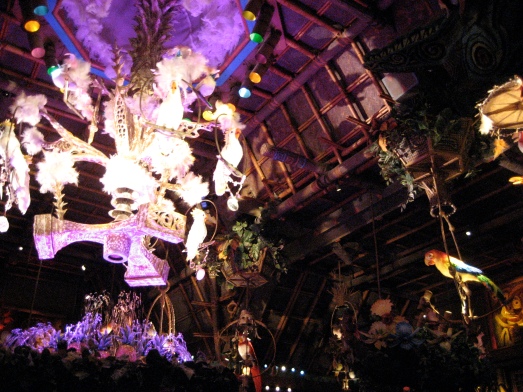 The parrots start to lose me with the rendition of “Let’s All Sing Like the Birdies Sing,” though the song’s saving grace is Jose crooning like Bing Crosby (and another bird imitating Louis Armstrong).

Artists Kevin Kidney and Jody Daily created bowls based on the Rongo statue above, and they were so popular that they made them in a new glaze.

Just had to take this little dude home with me! I found some in the Adventureland store but I hear they’re also on Main Street. The cashier said they have to restock them often since they’re selling pretty well (they’re from an edition of only 500).

I also spotted one of the highly sought-after replicas of the tiki fountain. They have running water and everything, but I just couldn’t shell out one hundred and fifty smackaroos for one.

Perhaps the best part about the Enchanted Tiki Room is that you can oftentimes bypass the queue for that beguiling pineapple Dole Whip by entering the waiting area and lining up there. 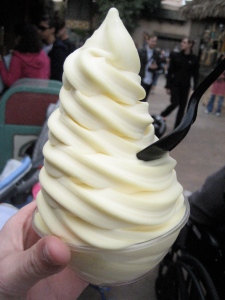